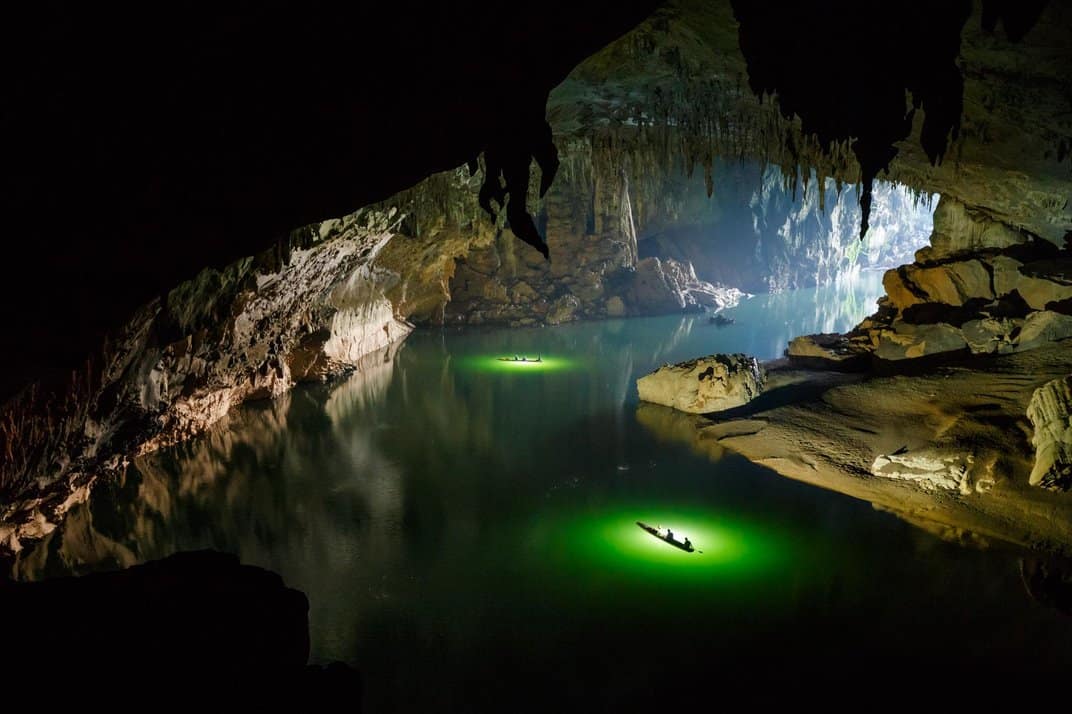 These never before seen photos and footage of Tham Khoun Xe, on Xe Bang Fai (or Nam Xebangfai) river in Laos were shot by Ryan Deboodt who was recently granted access to what it is believed to be the largest river cave in the world.

Nature is incredible and it has the most astonishing ways to tell us that. The spectacle is in front of our eyes to see, enjoying it is our only thing to do. If only we could spread our eyes to the ways this planet is trying to communicate with us, we’d understand the limitless potential lying in our bonding with it. Just imagine what we’re missing each day. The Beijing-based photography artist Ryan Deboodt has had such a rendezvous so amazing and special with our beloved Mother and he wanted to share it with us.

I’m talking about a trip by Kayak inside one of the largest active river caves in the world, called Tham Khoun Xe, and located in Laos. He spent two days exploring it and the final result is visibly intriguing and purely magical. The cave is a system of canals stretching to approximately seven kilometers long, with the average height of somewhere around 60m and a width of 76m. Deboodt was allowed to go further than the usual tourist in order to get the captures he desired and craved so much. A place like this existing underground is like hiding a gem in plain sight. Everything is right there, all you need is the calling to make a set of life-changing experiences and memories out of a trip to Laos.

The green light underneath the kayak makes everything look mysterious and out of planet Earth. A drone was also used to capture the panoramic views of this beautiful corner of the world we inhabit and regrettably don’t appreciate enough. Inside everything seems quiet, away from all the noise of the city and the stress of a daily job. When I look at the pictures I feel safe, paradoxically. The mighty walls of that cave look protective, unlike the concrete and cement making up the bodies of my metropolis.

Check out the video footage after the photos.