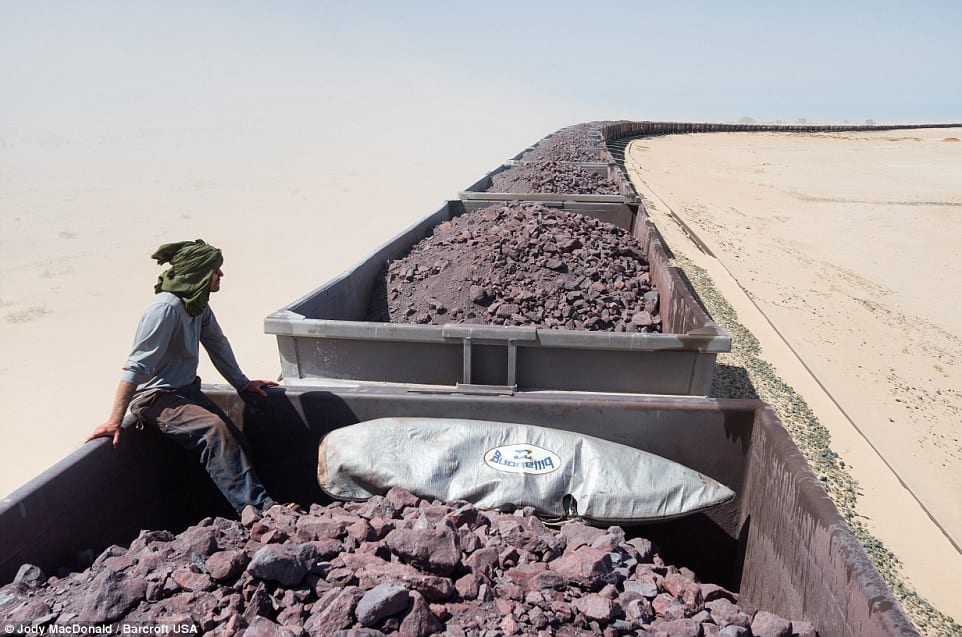 Have you ever thought how awesome would it be to take only the most precious objects you have with you, and leave your hometown, your day-to-day office operations, the boredom of those endless afternoons and just wander?

For your soul, for your body and mind, and for what is righteous in this world. This is what the 39-yearold Jody MacDonald did, with her surfboard in tow. As the vector of her journey, she chose one of the world’s longest trains, riding through the Sahara Desert.

The whole expedition took around two months and was done at the tail-end of 2015. The final result is this amazing series of photographs she took while being on board. The stunning captions belong to the land of Mauritania. While there, this express takes up an astonishing 90 percent of the country. And let’s make one thing very clear: it is not your usual Sunday express, the whole thing is based on open-top carriages full of iron and alongside many other train hoppers.

A Canadian native, Jody spent months calculating and sorting out how everything should be done. Even with all that, difficulties and challenges were everywhere, including a big sandstorm that hit her and her companions during the ride. The whole journey begins in the capital city of Nouakchott and goes all the way to the North West area of the country, called Nouadhibou.

Basically, the train is all about taking the iron ore out of the mine and going all the way to the North West coast. On the coast, the objective was to find great places to surf and shipwrecks to picture. She confessed that, when she was young, she made up this dream in her mind, one which will last a lifetime, until it became reality. This is an amazing way to meet the expectations you have for your life. The whole secret is to plan ahead, wait patiently, never give up, and when the opportunity arises, don’t mistake it and score. If your soul is brave, you will live long enough to do it.