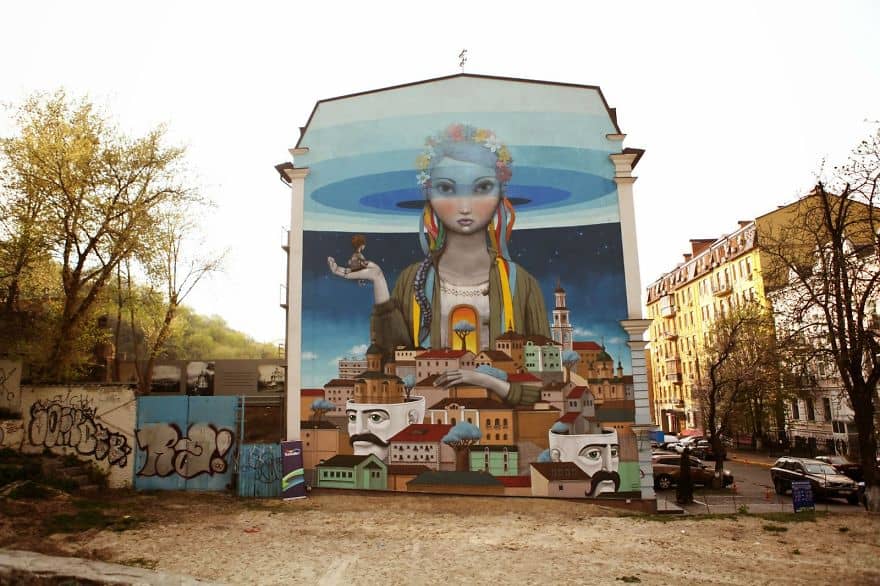 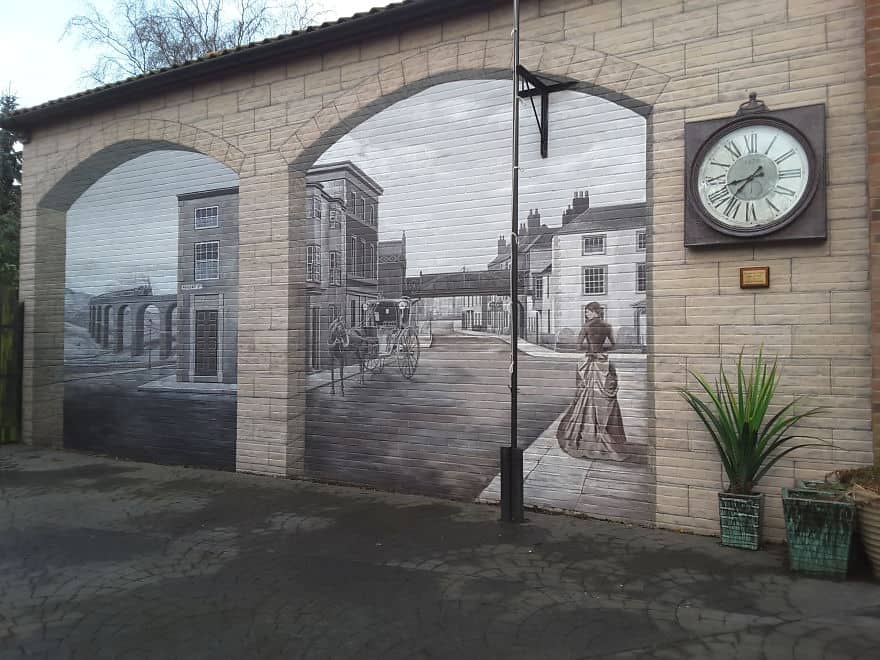 Seth Globepainter street art, have a look in the past

Source: Seth Globepainter street art, have a look in the past 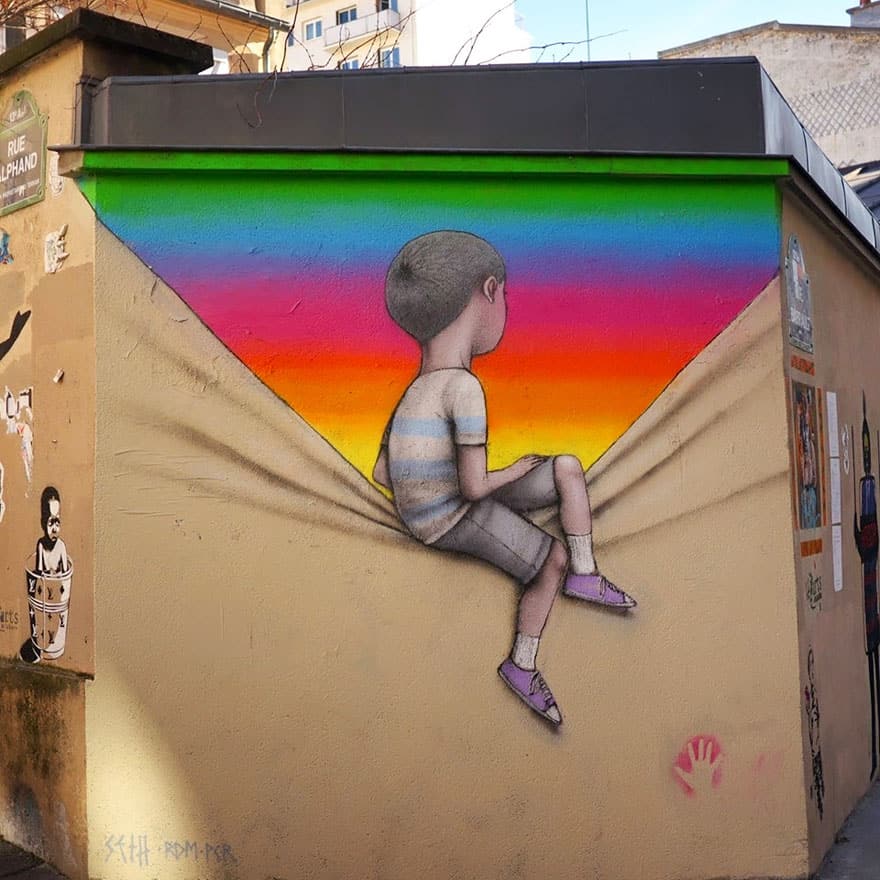 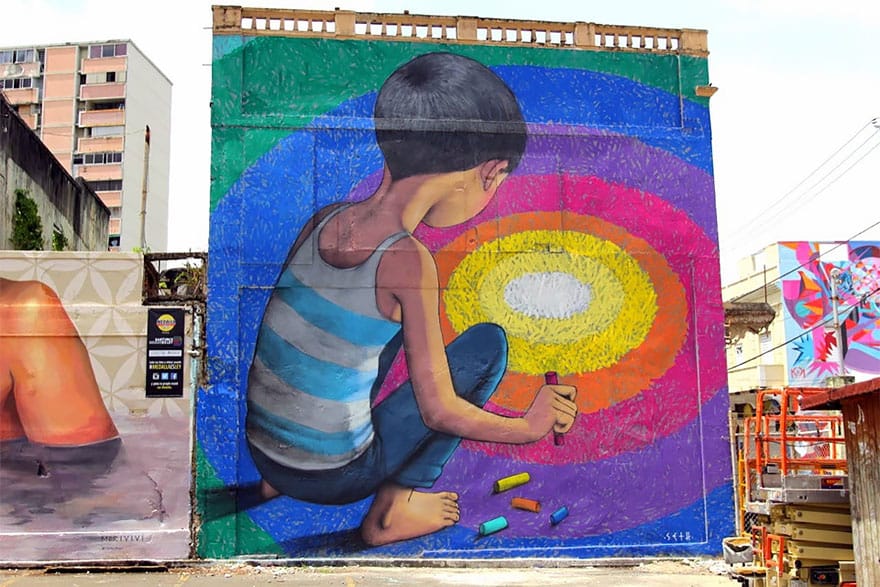 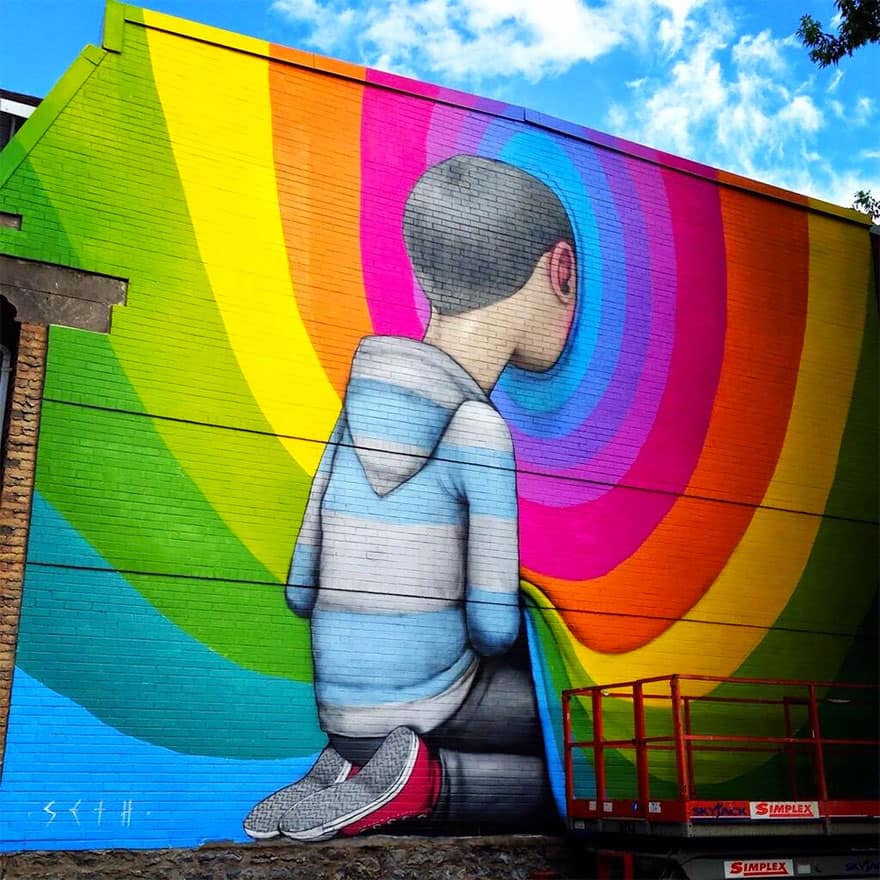 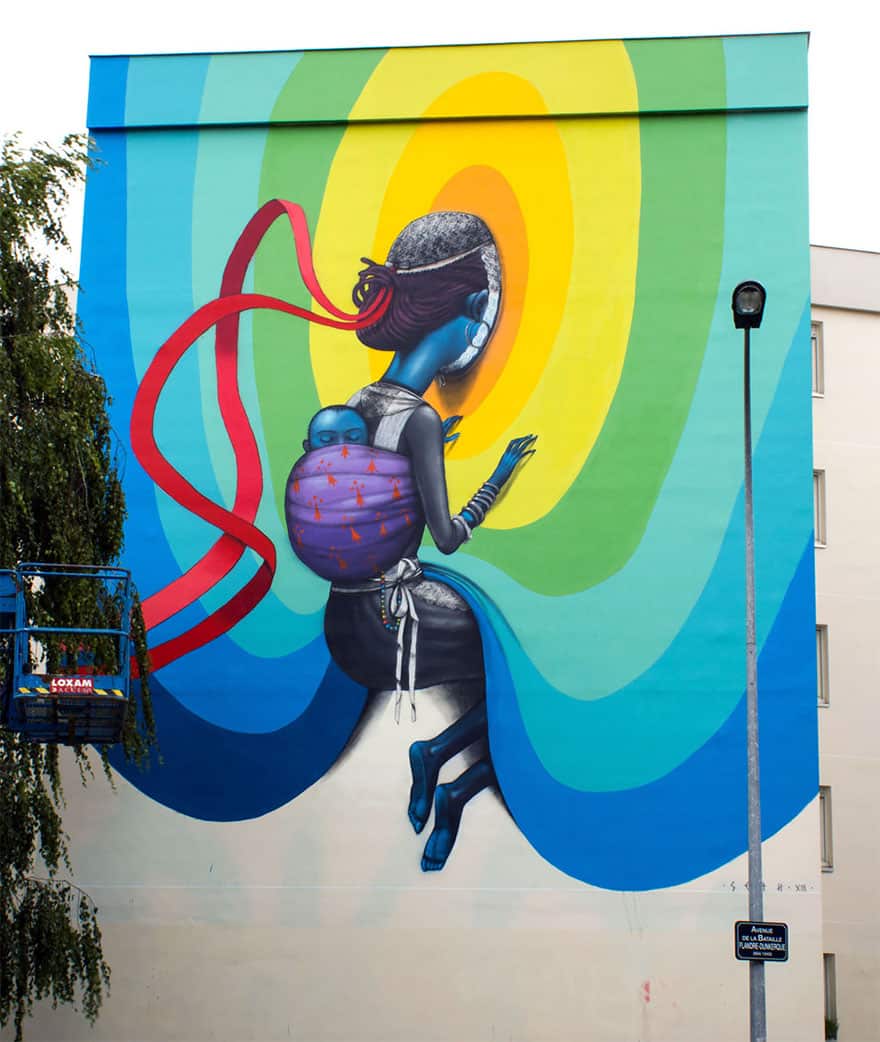 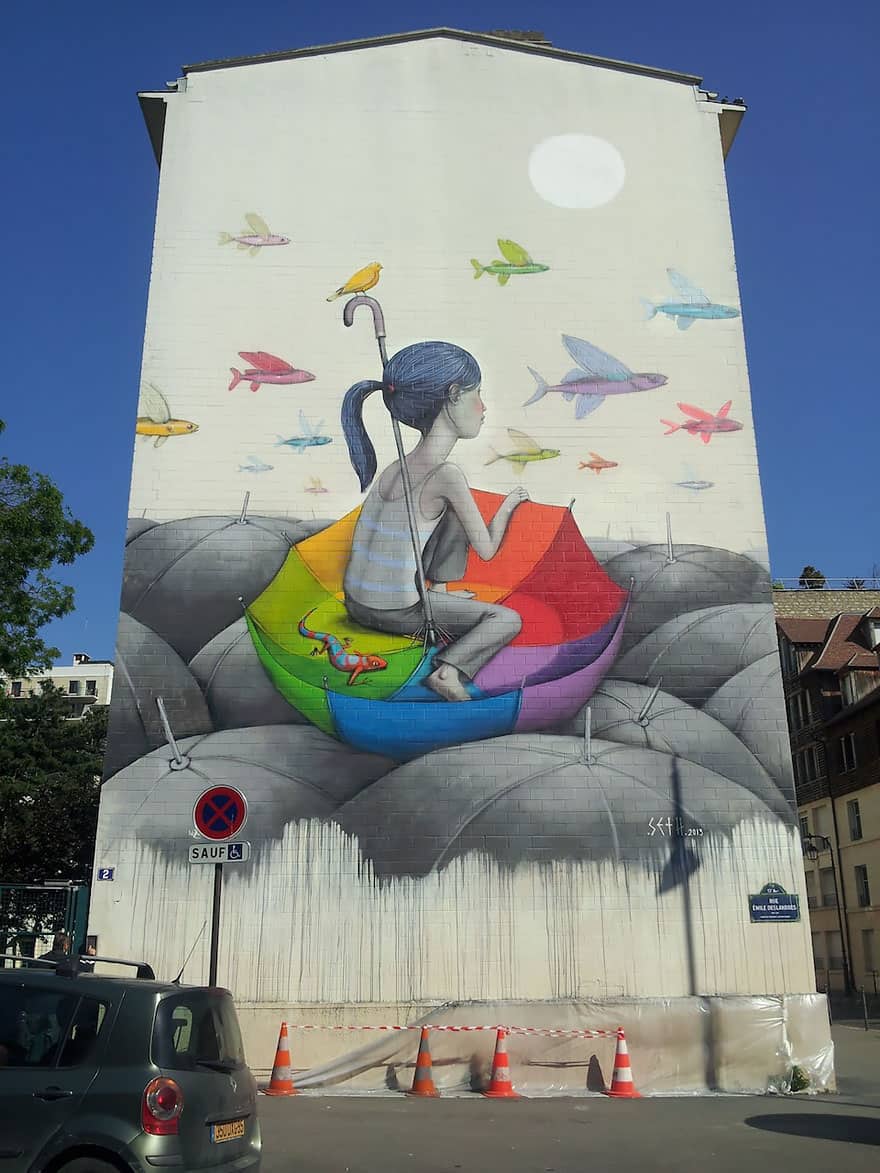 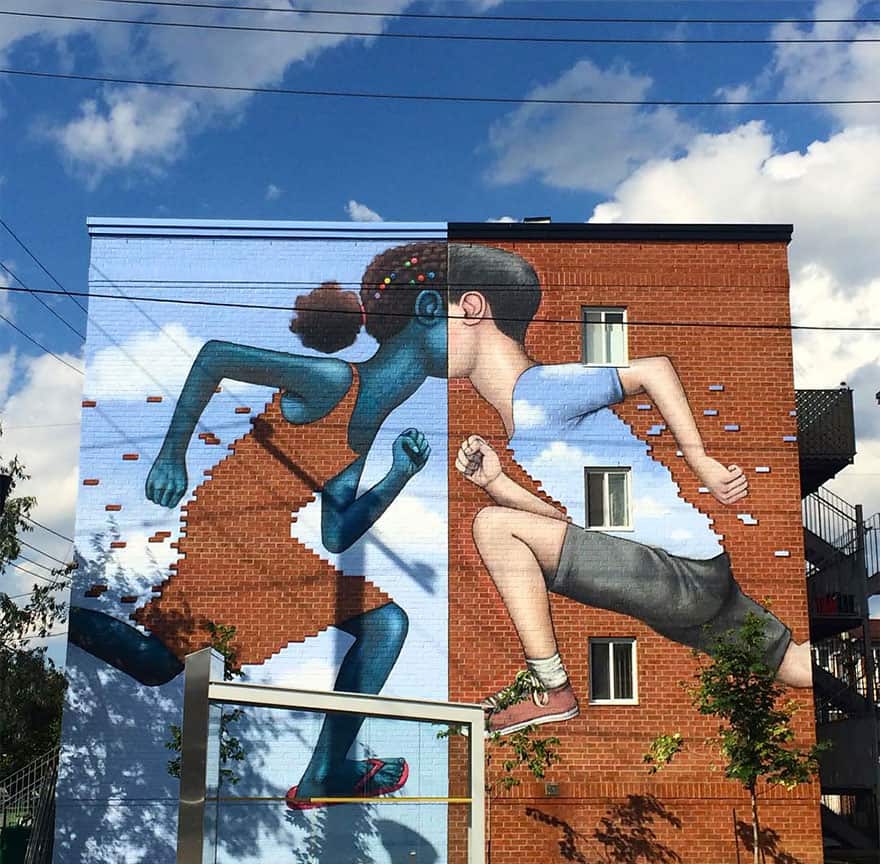 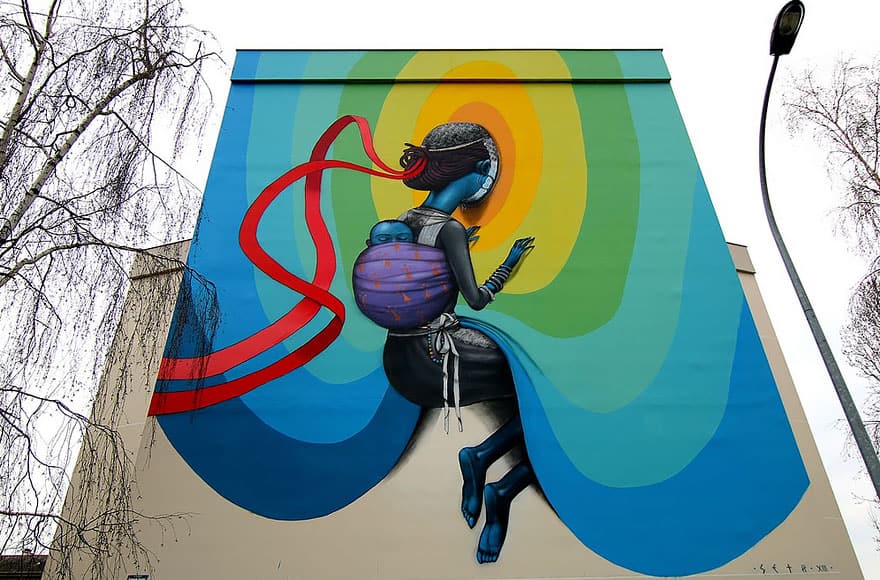 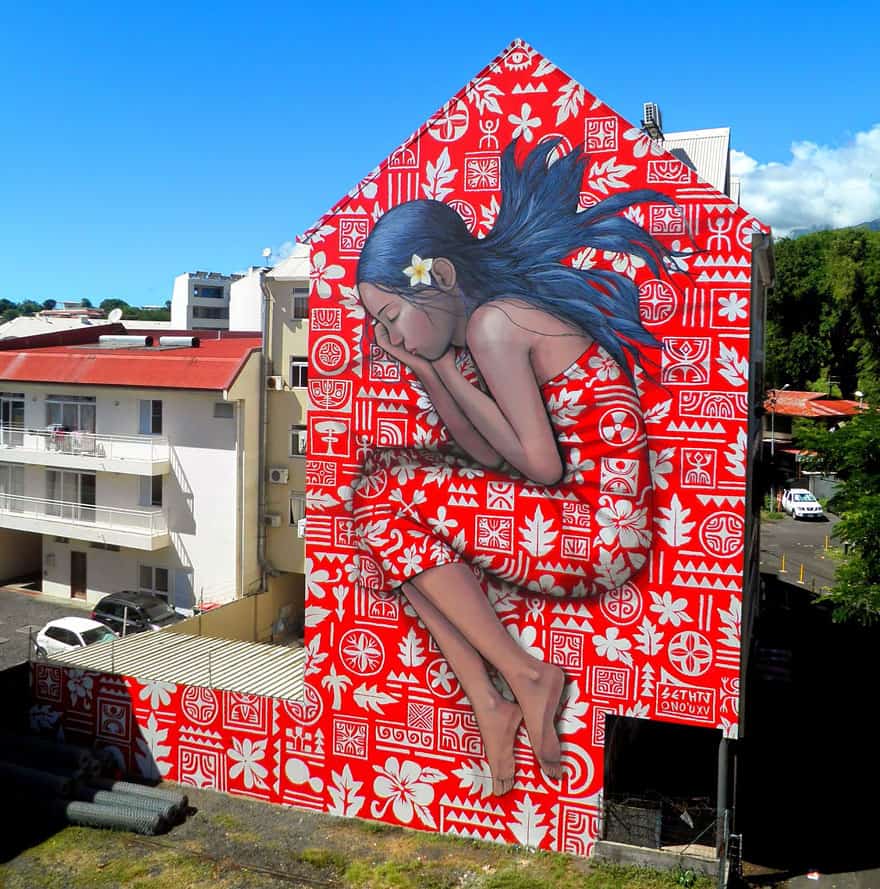 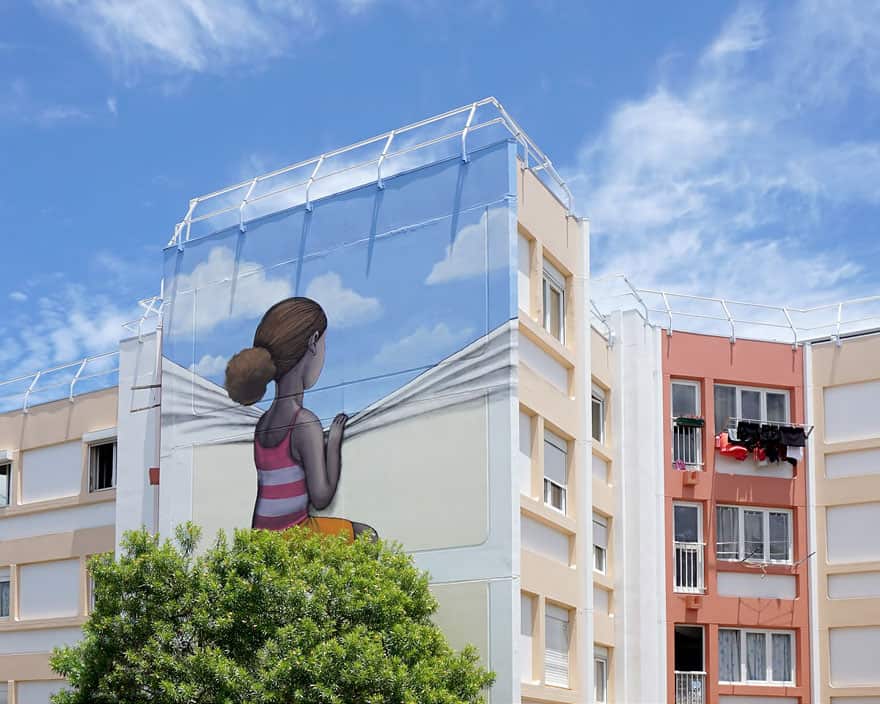 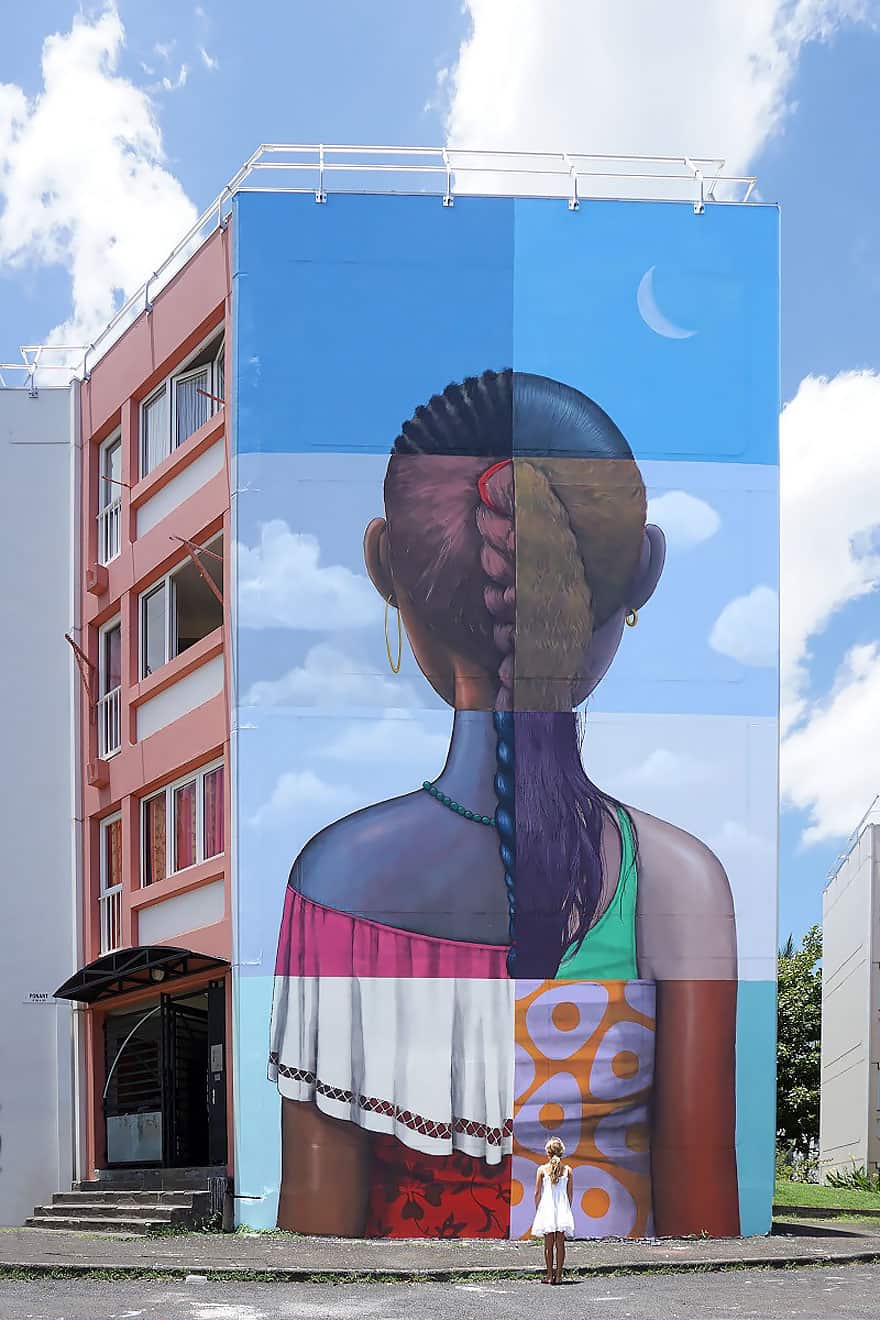 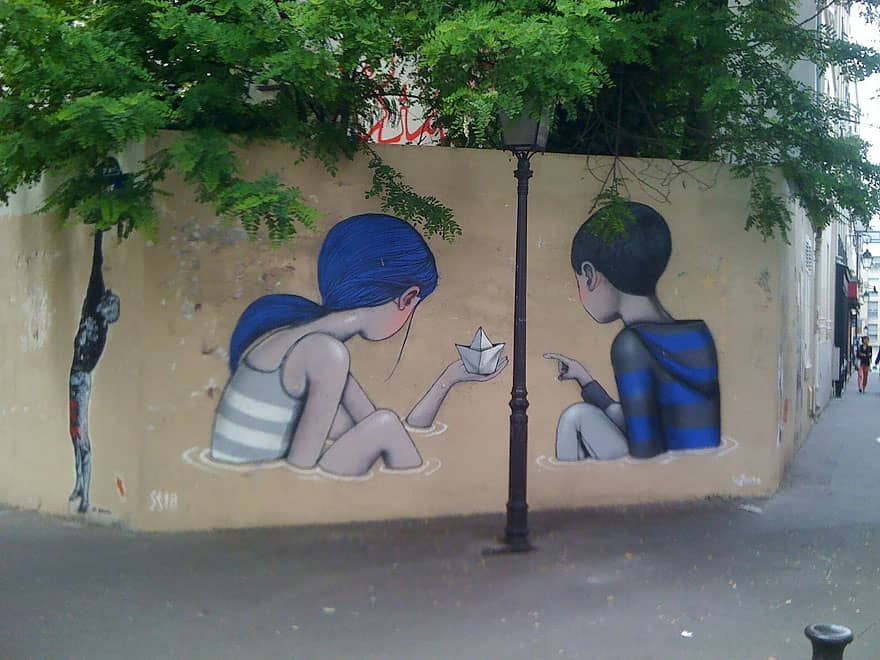 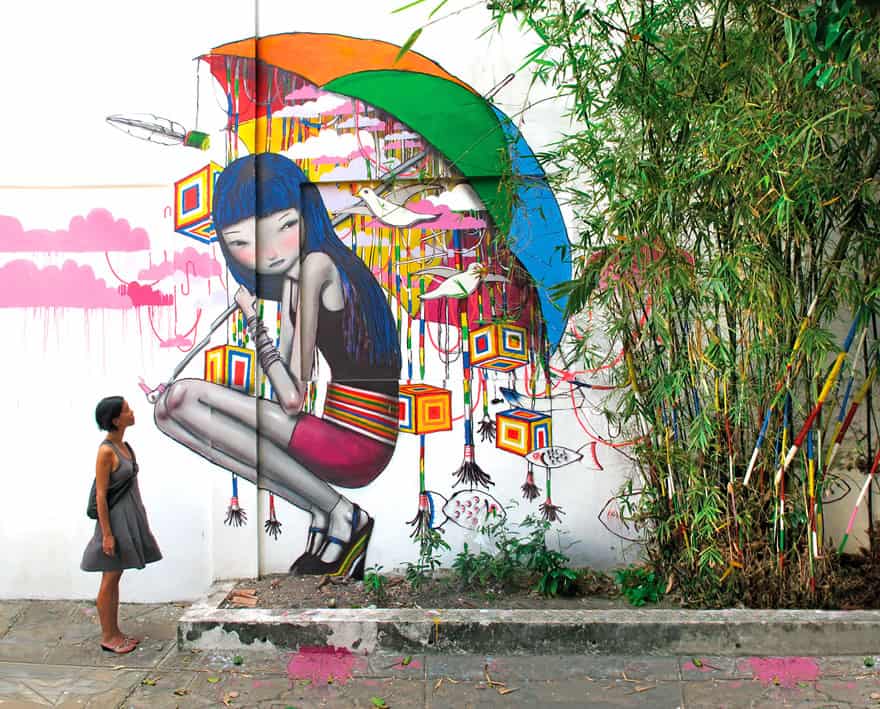 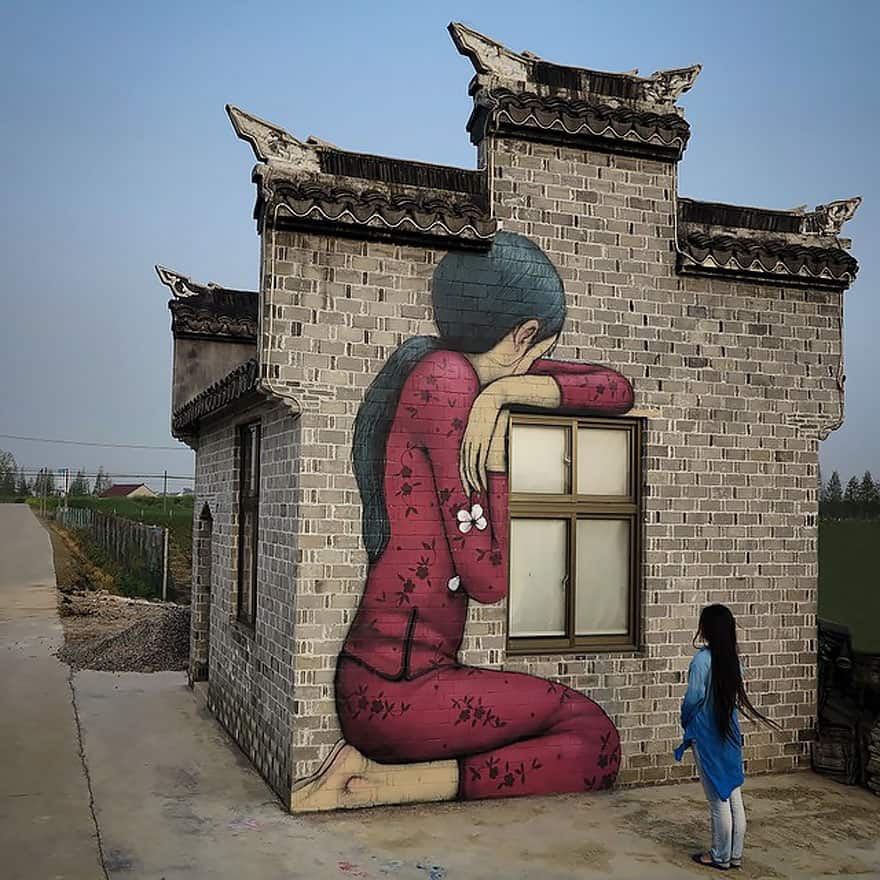 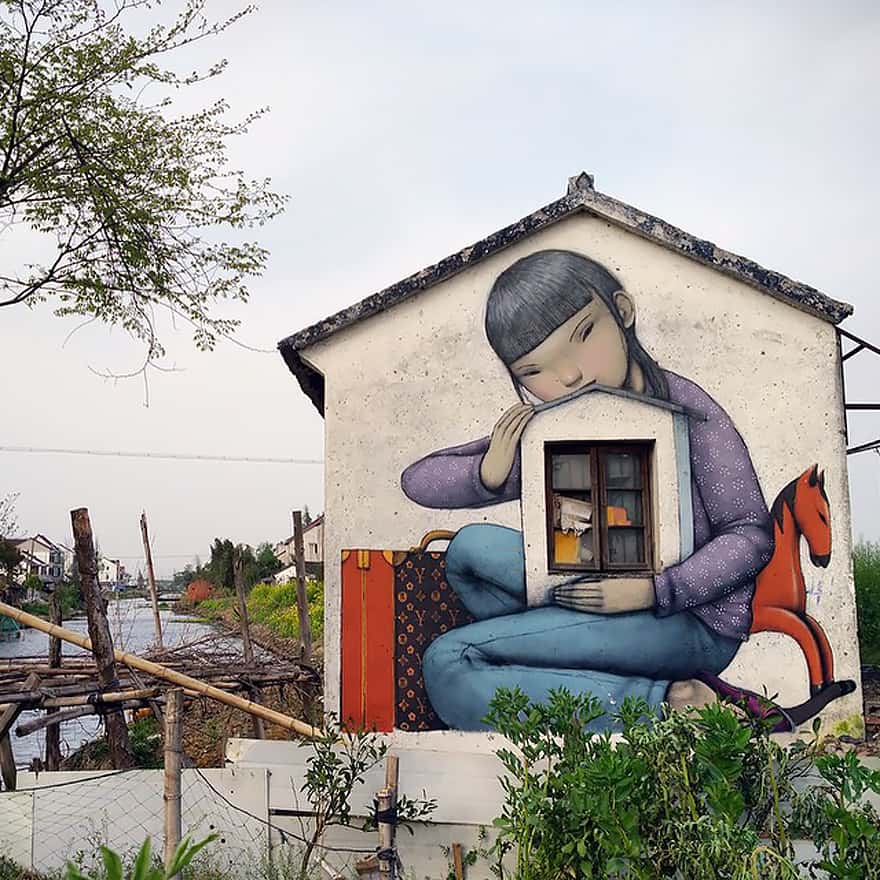 Born in Paris in 1972, Julien “Seth” Malland is a French artist traveling the world and creating playful street art wherever he goes.

He took the nickname “Seth” when he began to paint on the walls of Paris in the early-90s, exploding his graffiti movement. Specializing in character production, Seth played a key role in the realization of numerous large murals throughout Europe.

Malland graduated in 2000 from the National School of Decorative Arts, France, and went ahead to publish his first book “Kapital” (bestselling graffiti book today) that same year. He has also featured in Wasted Talent – the first graffiti artist monographs series. In 2003, he started his global journey with the intention to share his artistic experiences with other street artists from different cultures.

Today, Seth’s mission seems to have borne more fruits than he was even expecting. He has since become an important global figure in the art industry because of his brilliant paintings that have managed to bring life to boring buildings around the world. In collaboration with other artists, Seth has managed to come up with some really beautiful, dynamic and so colorful art works. He’s trying to “give back life to dead buildings” in various countries around the world.

Julien Malland may be described as the “Jack Of All Trades”, multifaceted artist, whose work feeds eternal travellers experiences, his love for popular culture as well as his social concerns. Among the countries that he has left behind some amazing paint works include; Vietnam, Indonesia, Senegal, China, Mexico, Cambodia and Indonesia.

The last three years of his “globe-painting” are documented in “Extramuros” – his newest book. While you await your copy to arrive, it is important to critically understand what Seth’s painting work has in store for us. How can street art improve your city/town? Graffiti is one of the best ways through which old cities can earn back their smiles.

Some people tend to believe that graffiti is indeed a sign of criminal disorder. Well, this is a notion that should be quickly erased in our minds if are to really make the world a better place for all. If graffiti work is done appropriately and legally done by skilled individuals like Seth, it could even end up being a boon to the economies of cities.

Traveling is the souls’ only true way to wisdom and flourishing knowledge. It is what brings us together on Placeaholic. But, as a manifestation, it can take many forms and aspects, with similarities and oppositions alike. So there is no…

Extremely cheap flights from many United Kingdom cities to Hawaii, US from only £391 roundtrip in January 2017, if booked now. If you’ve always wanted to trade the ugly European winter for an awesome beach weather, and go swimming while folks…

The mind-blowing beauty and amazing scenery of Mu Cang Chai, a district in Vietnam, is what makes tourists and photographers come back every year.  Mu Cang Chai is located in the Northern part of Vietnam at 1000 meters above the…

Here are 20 photos that will make you fall in love and want to visit Tuscany, Italy. There are hundreds of ways to describe the beauty of Tuscany, but today we’ve chosen photos to make you dream about visiting these…

Having spent most of my life living in Europe I can tell you there are many reasons why this is the most special place on Earth. Some say it is not a continent, as it is not divided by any…

Browsing the most colourful cities from around the world will make you realize they all have something in common. Beside looking awesome, they all seem happy and lively. Think about it – you go out in your city, look around and…

A three minutes video on what’s to see and to do in Honolulu, Hawaii If you’re into design and details as much as I am, this video on Honolulu by Monocle, will hit the right spot. Going through different things…